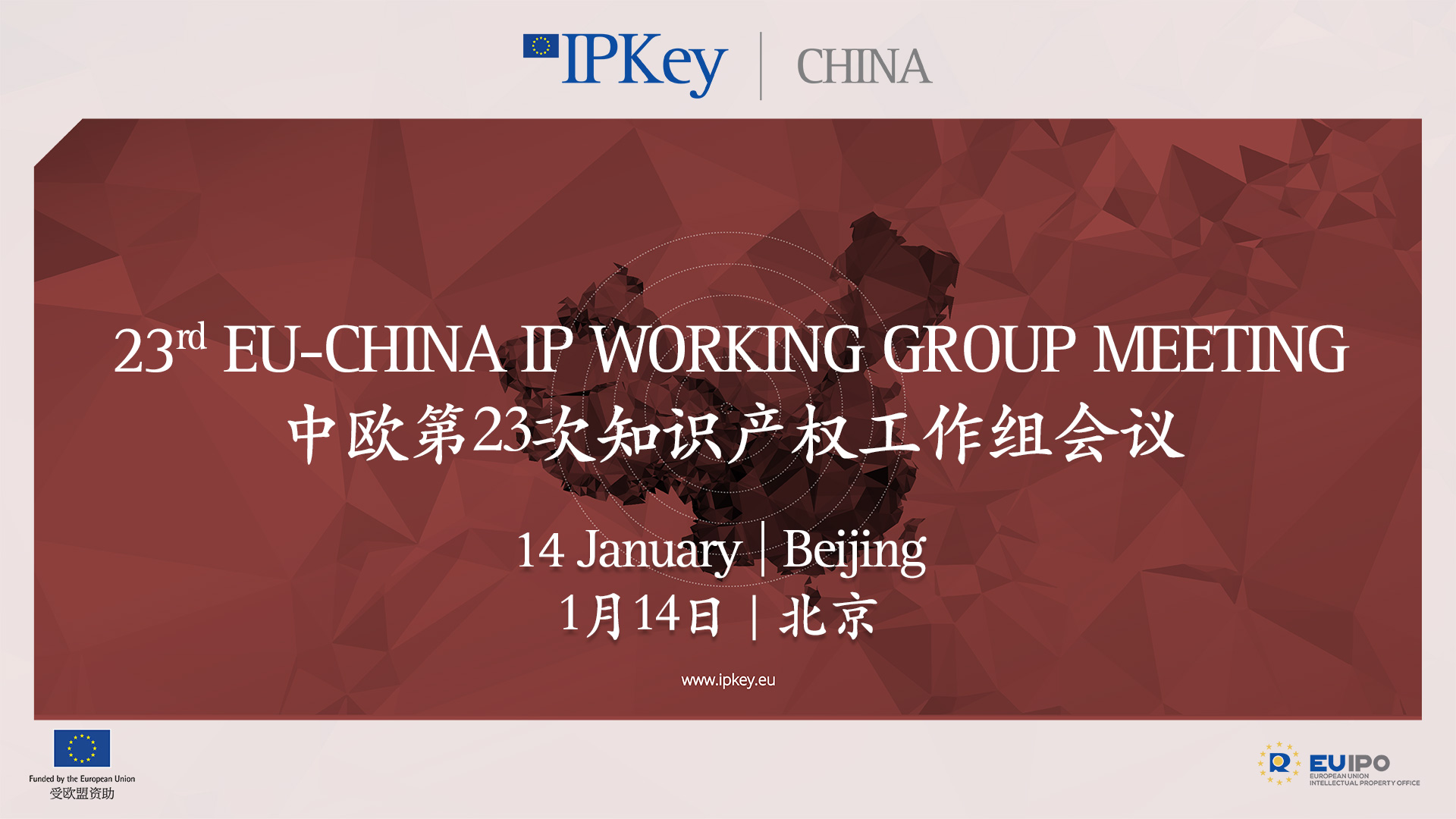 The EU-China IP Working Group was created in July 2004, was endorsed at the EU-China Summit in 2005 and held its first meeting on 18 October 2005 in Beijing.

This year the 23rd EU-China IP Working Group Meeting took place on 14 January at the MOFCOM in Beijing, which was followed by exchanges with industry in the form of workshops held in Beijing and Shanghai.

The meeting was co-chaired by DG Trade and MOFCOM. IP Key China supported the preparation of the meetings in Beijing and Shanghai.