2015 roving seminar in the EU on the Chinese patent system 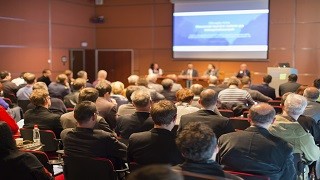 2015 roving seminar in the EU on the Chinese patent system

European stakeholders can benefit from improved awareness of the benefits of using and how to use the patent system in China, which includes invention patents, utility model patents, and registered design patents. IP Key, in partnership with China’s State Intellectual Property Office (SIPO) and the Danish Patent and Trademark Office (DPTO), Italian Patent and Trademark Office (UIBM), and Hungarian Intellectual Property Office (HIPO), held a roving seminar series explaining how to use the Chinese patent system to maximise value to EU companies and properly protect their patents. Prior to each seminar, bilateral meetings were held between SIPO and DPTO, UIBM and HIPO respectively on September 11th, September 15th and September 17th. The seminar were held on September 14th 2015 at DPTO in Copenhagen, Denmark; September 16th 2015 at Roma Eventi in Rome, Italy; and September 18th 2015 at HIPO in Budapest, Hungary.  The agenda of each seminar can be downloaded below: