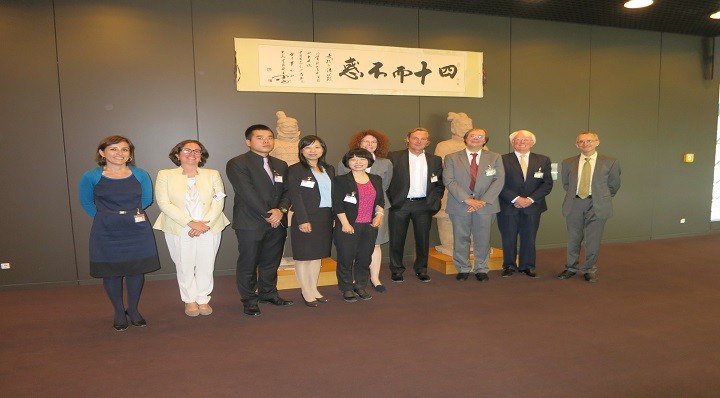 IP Key, in partnership with the European Patent Office, and the State Intellectual Property Office (SIPO) in cooperation with the Finnish Patent and Registration Office and the Institut National de la Propriété Industrielle have organised a roving seminar in Europe on the Chinese patent system in June 2014.

This seminar series is one of several activities IP Key is undertaking to build awareness and understanding among European stakeholders of the Chinese patent system. Ms. Zhou Hubin, Director of the Examination Administration Department at SIPO, and Ms. Chen Xi, Director of the Examination Administration Department at SIPO, were the lead speakers at the seminars. They were joined by Ms Hanna Aho (Finnish Patent and Registration Board), and Mr Simon Walker (Nokia) in Helsinki, and by Mr Olivier Nicolle (Ipon Global) and Mr Sylvain Thivillier (Regimbeau) in Paris.

The seminars covered Chinese patent law and practice, as administered by SIPO, including general provisions of the Chinese patent law (including protection and exploitation), statutory requirements for application and examination with a special focus on utility models, and a detailed explanation of the preliminary and substantive examination, as well as re-examination and invalidation. The speakers answered various questions from the audience concerning patentable subject matter, opposition and invalidation, and details concerning utility-model patent applications.

National experts Ms Aho in Finland and Mr Nicolle and Mr Thivilliers in France provided a comparison between the Chinese and the respective national systems. Mr Walker explained Nokia’s experience in patent prosecution and patent litigation in China.