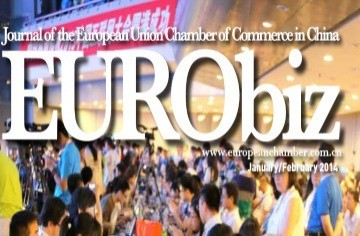 Benoît Misonne and Dan Prud'homme write in the Journal of the European Union Chamber of Commerce in China (Eurobiz) that European businesses should keep up with China’s changing IP landscape in 2014 and discuss how IP Key can help.

The article lists a few upcoming changes in China's IP framework in 2014 and finds that EU stakeholders should stay abreast of these changes in order to contribute to the reform process and to ensure that they are able to adapt and compete effectively. It mentions how IP Key is a useful tool, alongside the European Union Chamber of Commerce in China and other mechanisms, for contributing to the strong cooperation between the Chinese government and the EU in the legislative and institutional-reform process and introducing the views of European stakeholders as one of the concerned parties in this context. One example of such a contribution was the Inter-EU Industry Association Roundtable for Finalising Comments on the Draft Implementing Regulations to the Chinese Trademark Law, held on January 27, 2014.