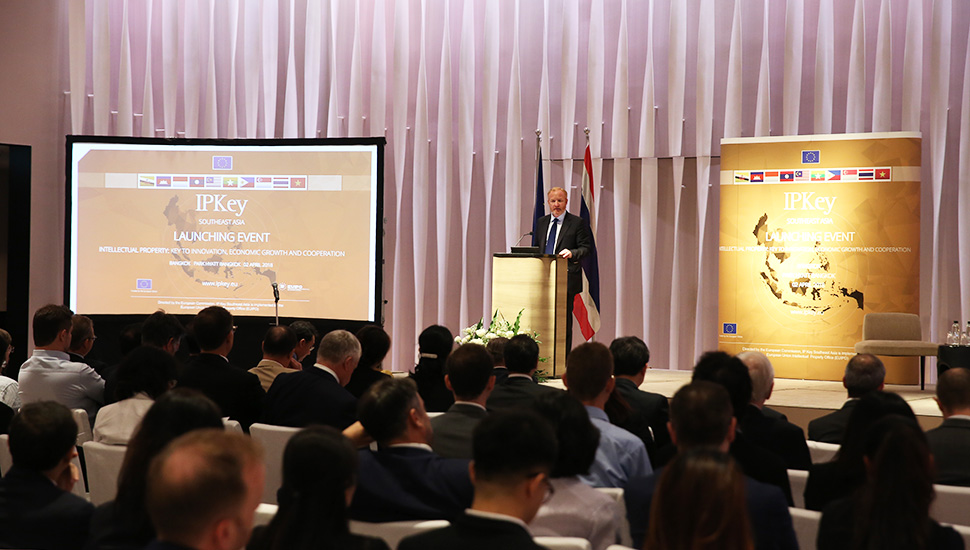 Directed by the European Commission and implemented by the EUIPO, IP Key SEA aims to facilitate economic exchanges, trade and investment between EU and the SEA region. The IP Key SEA is a € 7 million project with a duration of four years building on, and incorporating key lessons from past and present cooperation between the EU and South East Asia in the area of Intellectual Property. The IP KEY South East Asia project promotes the integration of specific countries in the global TMView and Designview, complementing the successful creation of the ASEAN regional tools. The new project builds on the legacy of past projects such as ECAPIII which ended in February 2017. IP Key SEA will promote the IP political agenda of approximation and convergence, through providing support and input to EU businesses operating in the region, including IPR protection and enforcement under a cooperative agenda with the South East Asia key stakeholders in the countries.