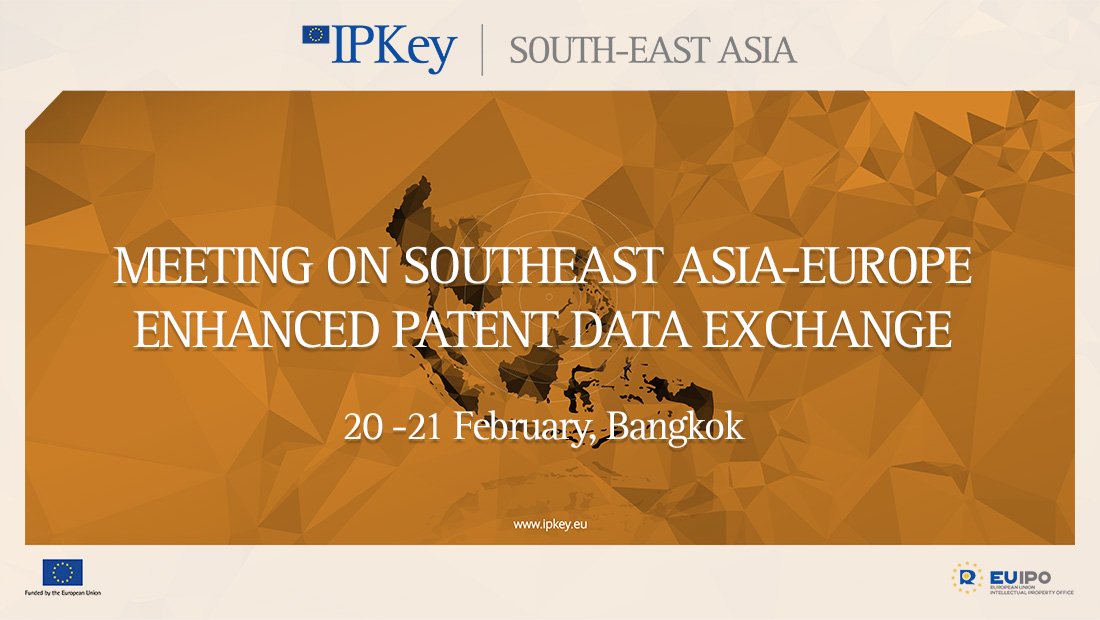 IP Key SEA and the European Patent Office (EPO) organised a meeting with IT officials and managers from the IP Offices of Southeast Asia (SEA) in Bangkok on 20-21 February to discuss data sharing mechanisms between the SEA IP Offices and the EPO.

Enhanced patent data exchange with SEA IP Offices is expected to improve accessibility and transparency of patent information and legal certainty for international enterprises seeking to operate in the region.

The EPO’s continued efforts at providing information on patent data has resulted in a massive bibliographic collection of more than 100 million patent documents, compiled with the collaboration of around 90 patent offices worldwide. The patent database is considered an invaluable resource for businesses, researchers, innovators, and scientists and is one of the most comprehensive volumes of technical information in existence.

The SEA IP Offices launched a regional initiative in providing patent information with ASEAN Patentscope in 2017. ASEAN Patentscope provides a centralised regional online platform for the dissemination of patent information from all 10 ASEAN countries.  It also facilitates the sharing of patent data with international IP systems, such as WIPO CASE for patent examiners, WIPO Patentscope, and IP5 Global Dossier Systems.

Presentations on international data exchange standards and tools and on ASEAN Patentscope were followed by bilateral meetings with IT officials from each of the SEA IP Offices during the activity.