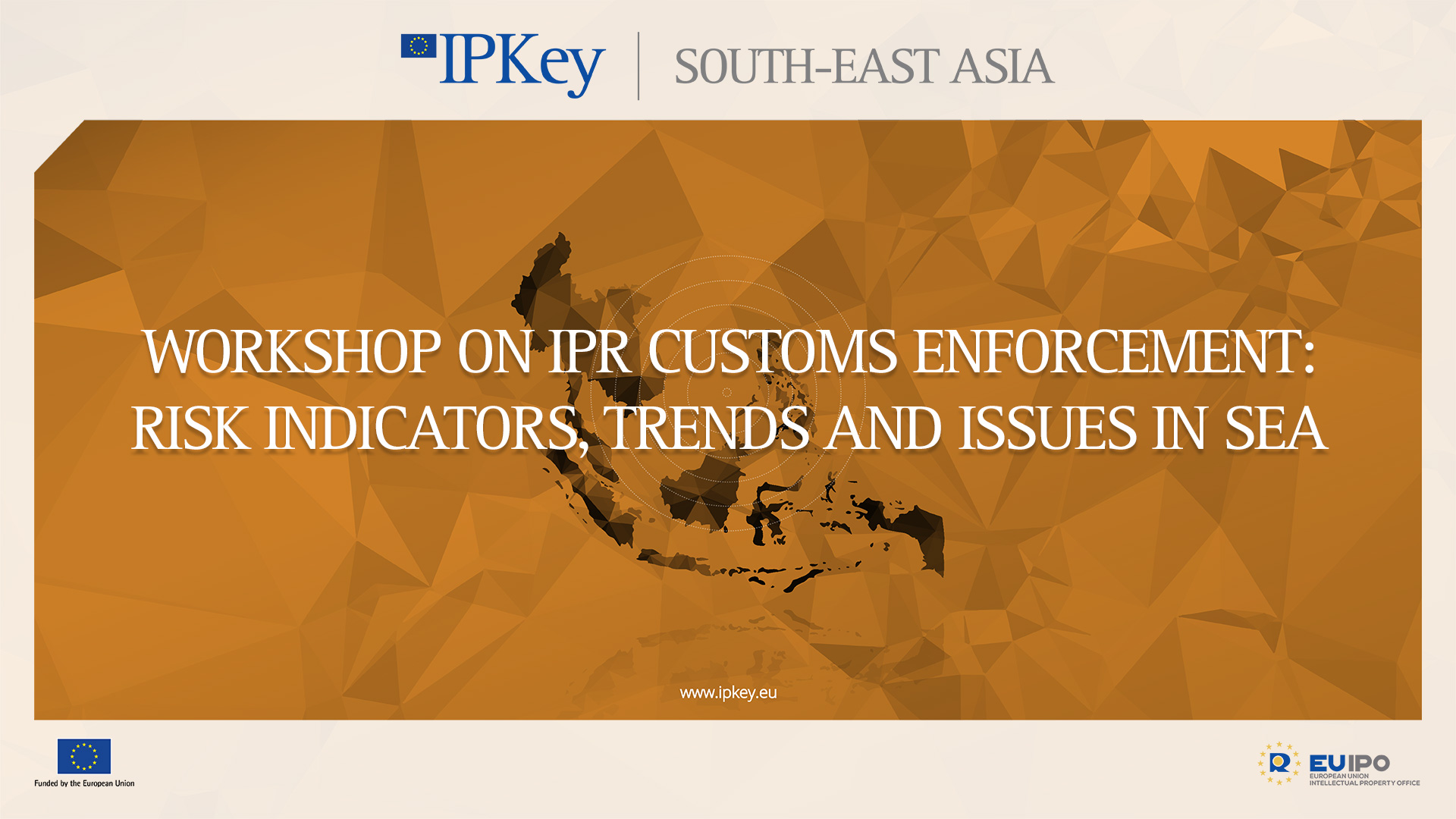 On 30 June and 1 July 2021, IP Key South-East Asia (SEA) Project hosted a ‘Workshop on IPR Customs Enforcement: Risk Indicators, Trends and Issues in SEA.’ This activity sought to contribute to improving the capacities of IP and customs authorities in the SEA countries, and to raise awareness about the latest modus operandi and methods adopted by infringers in the cross-border trafficking of goods. The findings and facts from the recent EU Observatory studies on the common provenance countries, routes and modus operandi in the cross-border trafficking of IPR-infringing goods were discussed at the workshop. The use of the postal system for trafficking small parcels and the issue of goods in transit (or those that are transshipped) as well as counterfeit goods in free trade zones were also discussed.