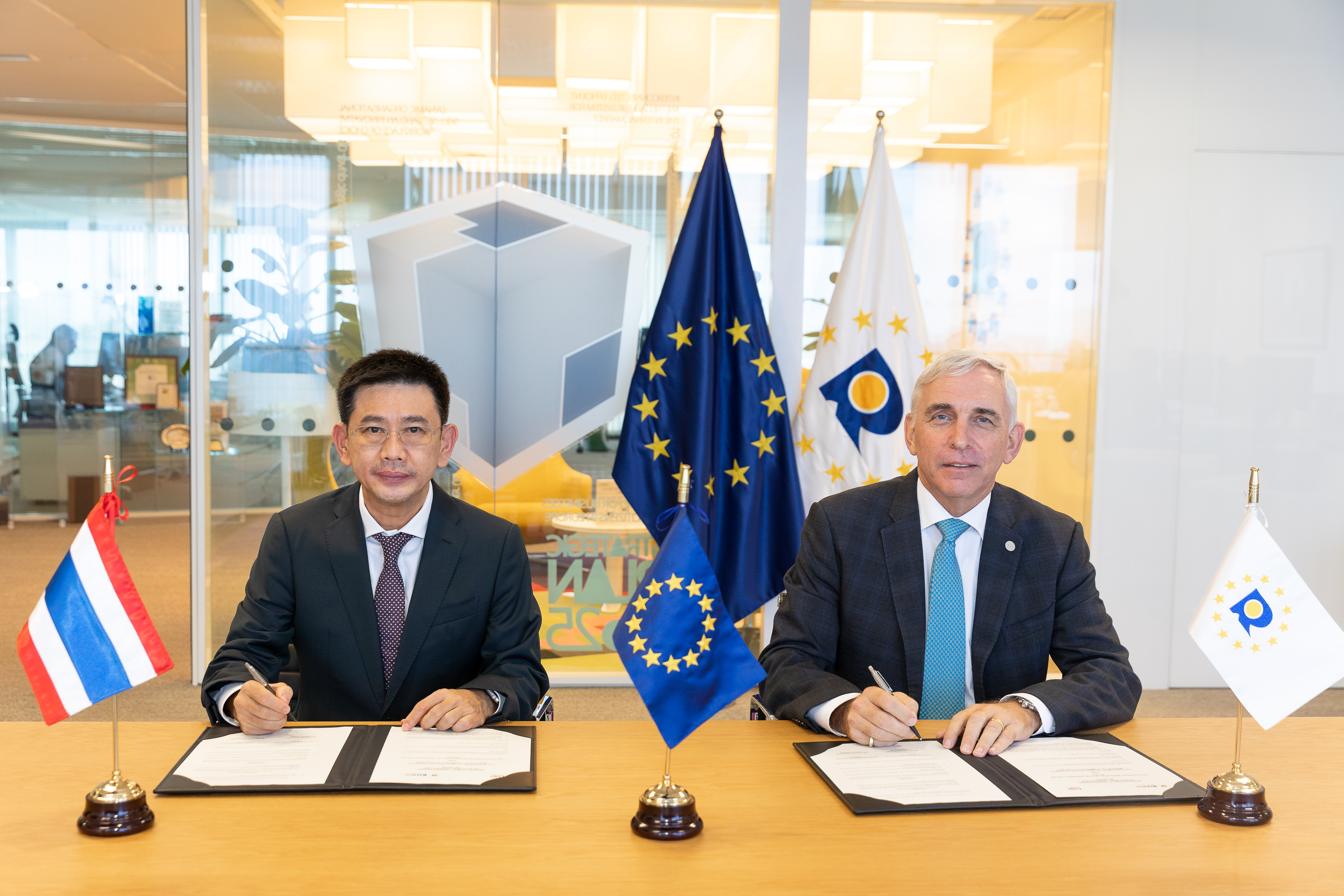 Officials from the European Union and the Department of Intellectual Property (DIP) of Thailand met for the EU-Thailand IPR Dialogue in Brussels, Belgium, on 5 October. The IPR Dialogue is where experts from the EU and Thailand discuss areas of cooperation and exchange information on various aspects of IP rights.

Following the IPR Dialogue, the Thai Delegation, led by Vuttikrai Leewiraphan, Director General of DIP, visited the headquarters of the European Union Intellectual Property Office (EUIPO) in Alicante, Spain, on 6 and 7 October. The visit aimed to further strengthen the cooperation between the two agencies. Presentations were made on the EUIPO Strategic Plan, the status of cooperation between the EUIPO and DIP within the context of the ARISE+ IPR and IP Key SEA projects, the latest technologies implemented by the EUIPO that can benefit other IP offices, and the studies published by the EU Observatory.

The EUIPO Executive Director, Christian Archambeau, and DIP’s Director General, Mr Leewiraphan, signed a memorandum of understanding that ensures continued cooperation on IP rights protection and enforcement between the EUIPO and the Thai IP agency.

The DIP visit wrapped up with a study visit to the fields of Elche, the origin of the Mollar de Elche pomegranate. This is a protected designation of origin (PDO) that was registered by the EU on 26 January 2016. The variety is one of the best known and sought after in Spain, noted for its large size, particular sweetness, and soft seeds. Around 50 000 tons of the Mollar de Elche pomegranate are produced annually. The Thai Delegation observed the production site first-hand and learned about the control mechanisms that ensure the quality of the product.