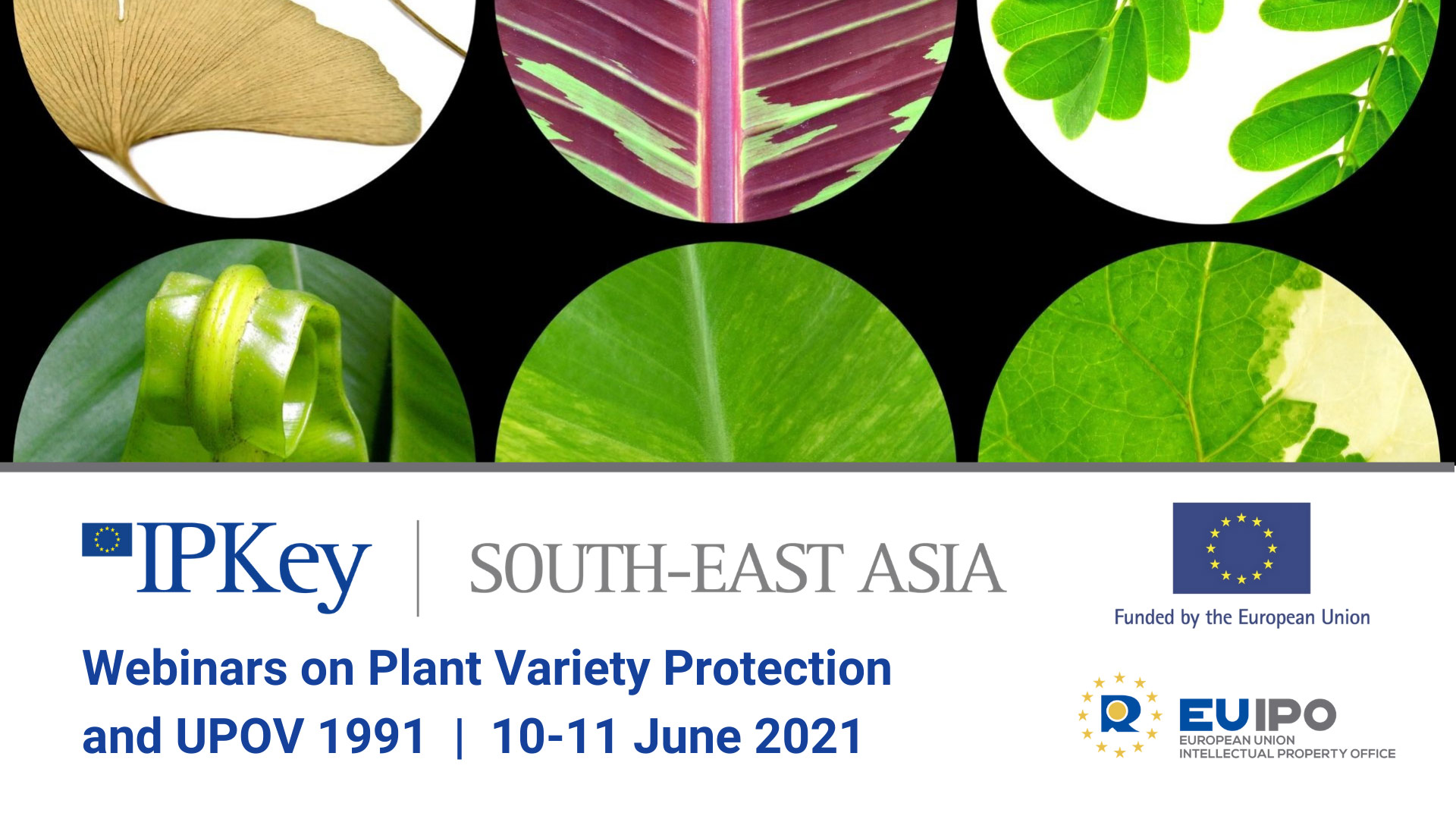 Earlier in June, the European Union (EU) organised under its intellectual property (IP) technical cooperation programme IP Key South-East Asia (SEA) the ‘Webinar Series on Plant Variety Protection and UPOV 1991’ to provide the public and private sectors in the EU and South East Asia with a platform to discuss the benefits for farmers and breeders of plant variety protection, the membership of countries to the 1991 Act of the UPOV Convention and the critical role of plant breeding in sustainable farming and global food security.

Farmers and plant breeder representatives from Europe and South East Asia who participated in the webinars explained how an effective system of plant variety protection ensured access to new plant varieties in the global market.

Among the speakers and panellists were representatives from institutions and organisations dealing with plant variety protection and plant breeding in the European Union and South East Asia, namely, the Community Plant Variety Office (CPVO), the International Union for the Protection of New Varieties of Plants (UPOV), COPA-COGECA, Vinaseed, East-West Seed, HFFA Research, Grapa Varieties, HZPC Potatoes and the Asia and Pacific Seed Association (APSA).

Research discussed in the webinars highlighted the high socio-economic and environmental impact of plant breeding in the EU: without plant breeding in the last 20 years, the average annual yield from farming would have been 20% lower. Breeding efforts aim, among others, for new varieties capable of higher yields, and early maturing or resistance to drought, pests and diseases. Improved varieties can contribute to address ecological challenges in the sense that agriculture less input in terms of unwanted pesticides and fertilisers may be needed.

The impact of membership under the UPOV 1991 Convention was also evident in South Korea. Before South Korea joined the in 2002, farmers had had to rely on foreign varieties. Following their membership, new varieties of roses were developed in South Korea and exported to other countries. Another member under the UPOV 1991 Convention, Japan, is exporting ‘Lovely Ashiro’ cut gentians to the EU and propagating material to New Zealand and Chile.

The above examples show how the UPOV System creates incentives to develop new varieties that provide a return on investments from R&D while offering farmers the possibility of choosing among the varieties most suitable for cultivation under varied climatic conditions.

The success story of Viet Nam and Vinaseed

Vinaseed is a Vietnamese seed-production company that was established by the government in 1968 and became a private company in 2003. Before Viet Nam’s membership to the UPOV, Vinaseed had had a limited trade in seeds to local farmers. After Viet Nam became a member in 2006, Vinaseed invested in R&D to breed new varieties in their research facilities. Their production and export capacity improved, and they now count Cambodia, China, Lao PDR, and Myanmar as export markets. Since Viet Nam’s UPOV 1991 accession, Vinaseed’s revenue grew from USD 25 700 in 2006 to USD 52.2 million in 2019.

The success of Vinaseed showcases how the plant breeding system in Viet Nam has evolved since participating in the 1991 Act of the UPOV Convention.

Within the framework of the UPOV Convention (1991) and with support from the government, Vietnamese ‘farmers-managers-scientists-entrepreneurs’ have been playing a critical role towards sustainable agriculture driven by innovation.

The seminar series is an initiative funded by the European Union under the IP Key South-East Asia programme.