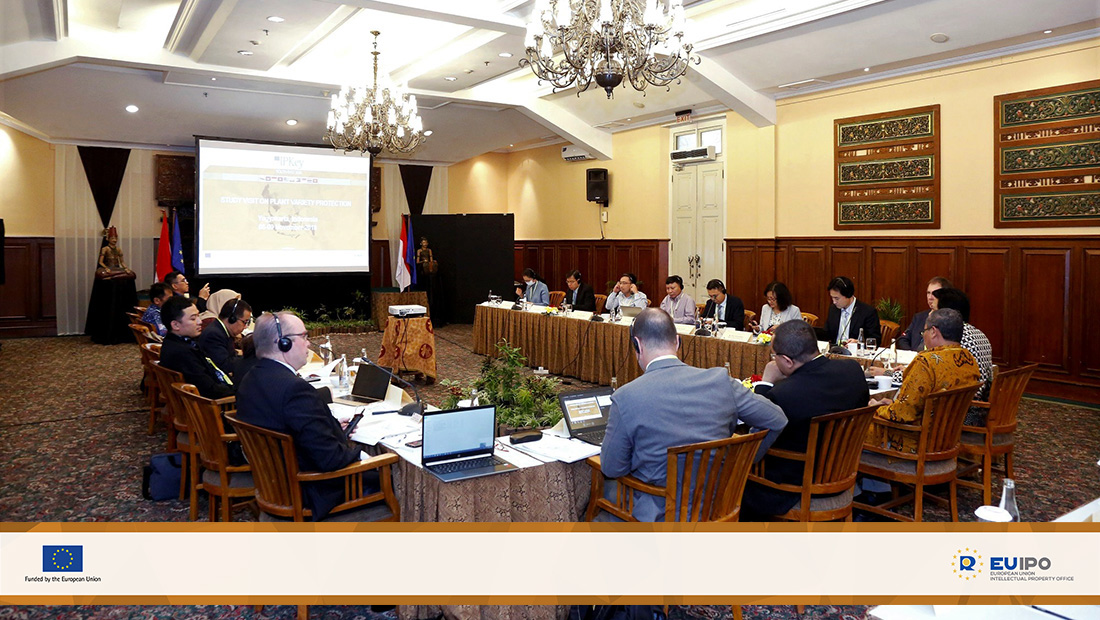 The benefits to farmers, plant breeders, and to the economic development of membership of countries to the International Convention for the Protection of New Varieties of Plants (UPOV Convention) were discussed with officials from Indonesia, Malaysia, Thailand, and Viet Nam at an IP Key SEA conference in Yogyakarta, Indonesia, on 8-9 November.

In a message conveyed on behalf of Secretary General Syukur Iwantoro of the Ministry of Agriculture Indonesia, it was noted that with the global population expected to grow to 8 billion by 2050, the agriculture sector will need to produce more while also ensuring environmentally sustainable practices.

Speaking on behalf of Director General Freddy Harris, Director of Cooperation and IP Empowerment Molan Tarigan of the Directorate General of Intellectual Property (DGIP) Indonesia, expounded the importance of a strong PVP system for farmers and plant breeders, as well as innovation and economic development.  “Plant variety protection encourages investment in research and development,” he said, adding that it “can guarantee the availability of high-quality seeds and plant material for farmers.”

During the conference, UPOV Vice Secretary-General Peter Button outlined the potential benefits that membership in the convention can provide, including the opportunity for a wide range of stakeholders to effectively become a plant breeder, such as individual farmers, universities and research institutions, and public and private entities.  He also explained that the UPOV system does not regulate old or existing plant varieties in countries and does not impinge upon the use of existing varieties by farmers in member countries or those planning to accede.  The UPOV system also allows plant breeders to create new varieties from those new varieties protected under UPOV without having to pay for the use of protected plant varieties for as long as the use is limited to breeding.

After seeing the practical benefits of UPOV membership from a farmer and a research institution in Viet Nam, the conference participants had the opportunity to listen to the experiences of the EU Community Plant Variety Office (CPVO) and the United States Patent and Trademark Office (USPTO), as well as the initiatives of several Southeast Asian countries towards UPOV accession.

Mr. Raffaele Quarto, Head of  the  Economic and Trade Section of the EU Delegation to Indonesia and Brunei Darussalam, in a statement read on his behalf, noted that the EU  supports the improvement of trade relations between the EU and Southeast Asian nations in the area of intellectual property, including UPOV accession.

The conference immediately followed an IP Key SEA study visit in Viet Nam earlier in the week which showcased the benefits derived from UPOV membership and an effective plant variety protection system,  which has resulted in approximately USD 3.7 billion added to the country’s GDP.