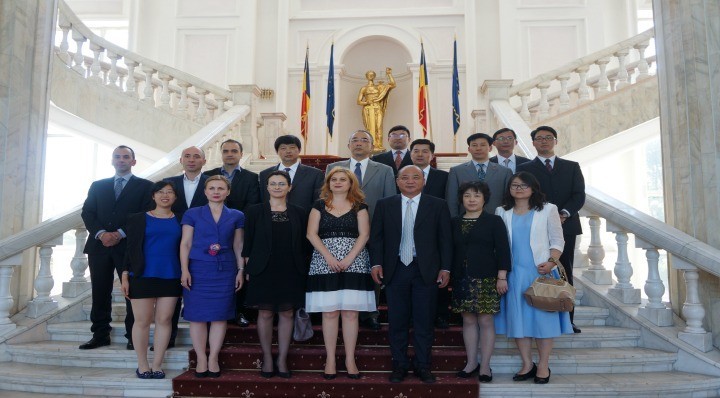 Counterfeiting and piracy, and infringements of intellectual property in general, are a constantly growing phenomenon which nowadays has an international dimension, a serious threat to national economies and governments that appears to be increasingly linked to organized crime. Counterfeiting is considered by large public opinion a “victim-less” crime, while its impact on legal economy and the role of transnational organized criminal organizations seems to be still largely underestimated.

In 2014  IP Key organized a study visit to Europe for a delegation of the Supreme People’s Procuratorate, led by the Deputy Director General of the Investigation Supervision Department and including prosecutors of Provincial Procuratorates. This study visits took place in France (Paris), Spain (Alicante) and in Italy (Milan and Rome), between July 2 and 9, 2014. EU and CN experts engaged in technical exchanges concerning certain topics of interest for the future legislative reforms on Criminal IPR law and enforcement.

In 2014, IP Key and the Ministry of Public Security also cooperated in the organization of a training conference on IPR Criminal enforcement, which took place in Nanjing, at Jiangsu Police School, on November 27-28, 2014.

The above mentioned activities highlighted that several areas might require further reform and increased cooperation efforts between China and EU.

IP Key therefore proposed SPP and MPS to join a new joint activity in 2015. Both agencies finally welcomed this proposal, which also allowed enter into discussions of inter-agency cooperation. To this purpose, IP Key organized a 10 days study visit to three EU countries for a delegation of SPP and MPS officials.

Target countries for this IP Key activity were The Netherlands, Hungary and Romania while topics of discussion during the meetings covered:

During the visits, the Chinese delegates engaged at length in mutual exchanges with national Police, Public Prosecutor Offices and Customs, while the occasion allowed EUROPOL’s representatives to join meetings in Holland. This was a good chance for the European side to learn more about efforts and resources invested by the Chinese government in IPR criminal enforcement as well as for receiving fresh updates on recent leading cases prosecuted by Chinese authorities in this area.

Exchanges between EU and Chinese experts provided an additional opportunity for mutual learning and highlighted that cooperation with service providers such as express courier services should be enhanced, with the aim to support the daily work of Customs and Law enforcement professionals in contrasting the China-EU trafficking of counterfeits through small consignments. Finally, Chinese and EU experts share the opinion that international cooperation mechanisms for multilateral assistance in evidence collection and transnational investigation of IPR crimes should be improved in the future, in order to better tackle the phenomenon of organized crime linked to cross-country trafficking of counterfeits.