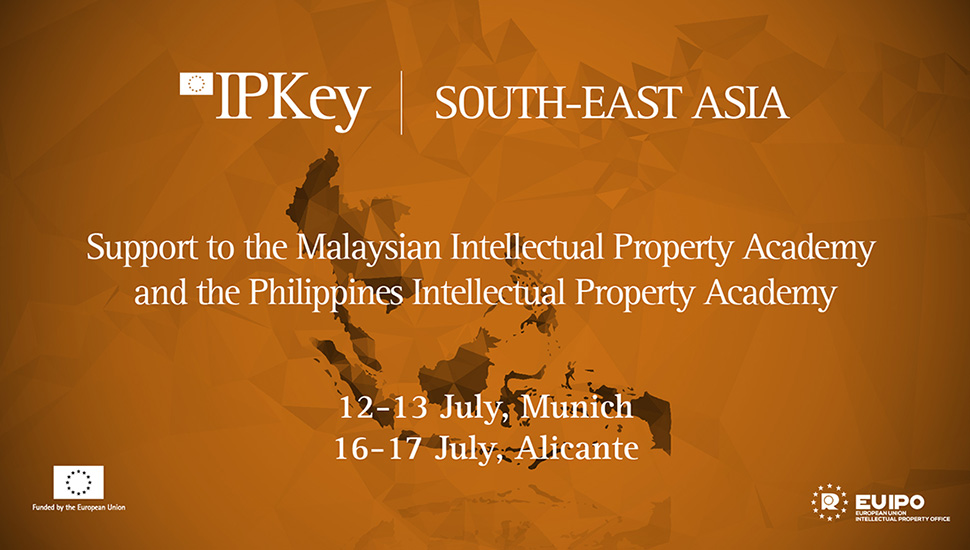 The European Patent Office (EPO) and European Union Intellectual Property Office (EUIPO) hosted counterparts from the Malaysian and Philippine IP Offices on 12-13 and 16-17 July in Munich and Alicante, respectively, to discuss the further advancement of their IP Academies. The Intellectual Property Corporation of Malaysia (MyIPO) has had a dedicated IP Academy since 2014 and the Intellectual Property Office of the Philippines (IPOPHL) launched its IP Academy in April this year.  The forum aimed to establish stronger links between the participating institutions and Academies of the EUIPO and the EPO as potential institutional models for the IP Academies of MyIPO and IPOPHL.

EPO Director Jean Michel Zilliox opened proceedings with an overview of the EPO structure and services, followed by IP Key SEA Project Leader Ignacio de Medrano Caballero who spoke on the project’s support for the MyIPO and IPOPHL IP Academies, as well as an upcoming feasibility study for a potential ASEAN IP Academy. The agenda over the four days included detailed presentations on specific services offered by the EUIPO-EPO Academies, approaches for the development of IP courses, as well as a tour of the onsite facilities.

IP Academies established by IP Offices conduct onsite and online training courses and offer IP courses on various areas of IP to a range of stakeholders such as officials, enforcement agencies, academia, the business sector, including Micro Small and Medium Enterprises (MSMEs) and consumers. They are considered well-tested and crucial infrastructure for the ongoing development of IP knowledge and understanding at a national level.