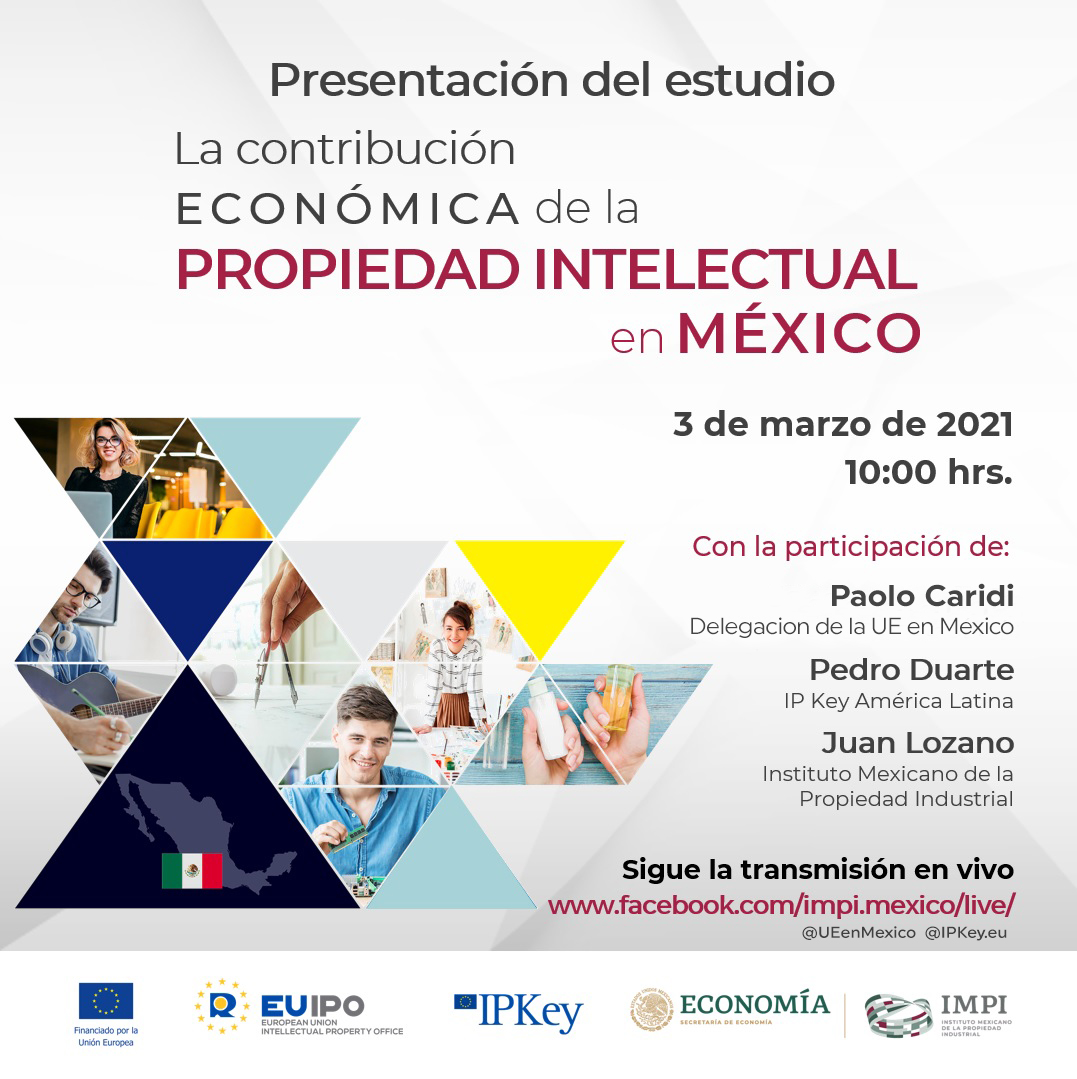 IP Key LA, the Mexican Institute of Industrial Property and the EU Delegation in Mexico have presented the first IP Economic Impact Study in Latin America. This study focuses on the Mexican economy and is the result of a long and detailed investigation carried out over several months.

During the presentation, broadcasted via FB Live, the Head of the Trade and Economy Section of the ‎EU Delegation to Mexico, Paolo Caridi, indicated that IP-intensive enterprises have a 20% higher average income and clarified that, although SMEs generally do not use IP rights, when they do, they have incomes up to 68% higher. In addition, he recalled that ‘last year we closed the modernisation of our free trade agreement with Mexico, in which the commitment to the protection of all IP rights was strengthened’ while highlighting this as one of the ‘most ambitious agreements the EU has signed and we believe will deliver good results in the coming years.’

Pedro Duarte, Project Leader of IP Key LA, expressed his satisfaction at having IMPI as a partner in the international cooperation they promote in the region. ‘In this context of cooperation comes the study we presented today that connects IP with the Mexican economy.’ Duarte explained that, ‘among other elements, this study indicates that IP-intensive industries contribute to more than 33% of employment nationwide. The importance of IP to the Mexican economy is demonstrated today.’ Duarte concluded with a strong and clear statement: ‘We want intellectual property to be a foundation of understanding.’

Juan Lozano, General Director of IMPI, highlighted the international cooperation that allowed this study to happen, saying ‘this initiative would not have materialised without the EU’s willingness to partner in our country and without the technical quality of IP Key Latin America.’ Lozano also highlighted his pride that Mexico was the first country in the region to implement the methodology used in the study The Economic Contribution of Intellectual Property in Mexico. Lozano said in closing his intervention,‘after this methodology was deployed in the US and Europe, Mexico is the first country where the role of IP in our economy is put into perspective. This is one of the most prudent initiatives we can undertake in our time, since one of the most negative effects of the pandemic has to do with the economic impact, and actions to revive the economy are under discussion around the world. This is not about money but about the productive projects that can detonate the global economy. How do we get these investments and support to become engines of wealth, well-being and sustainability?, the answer is in innovation.’