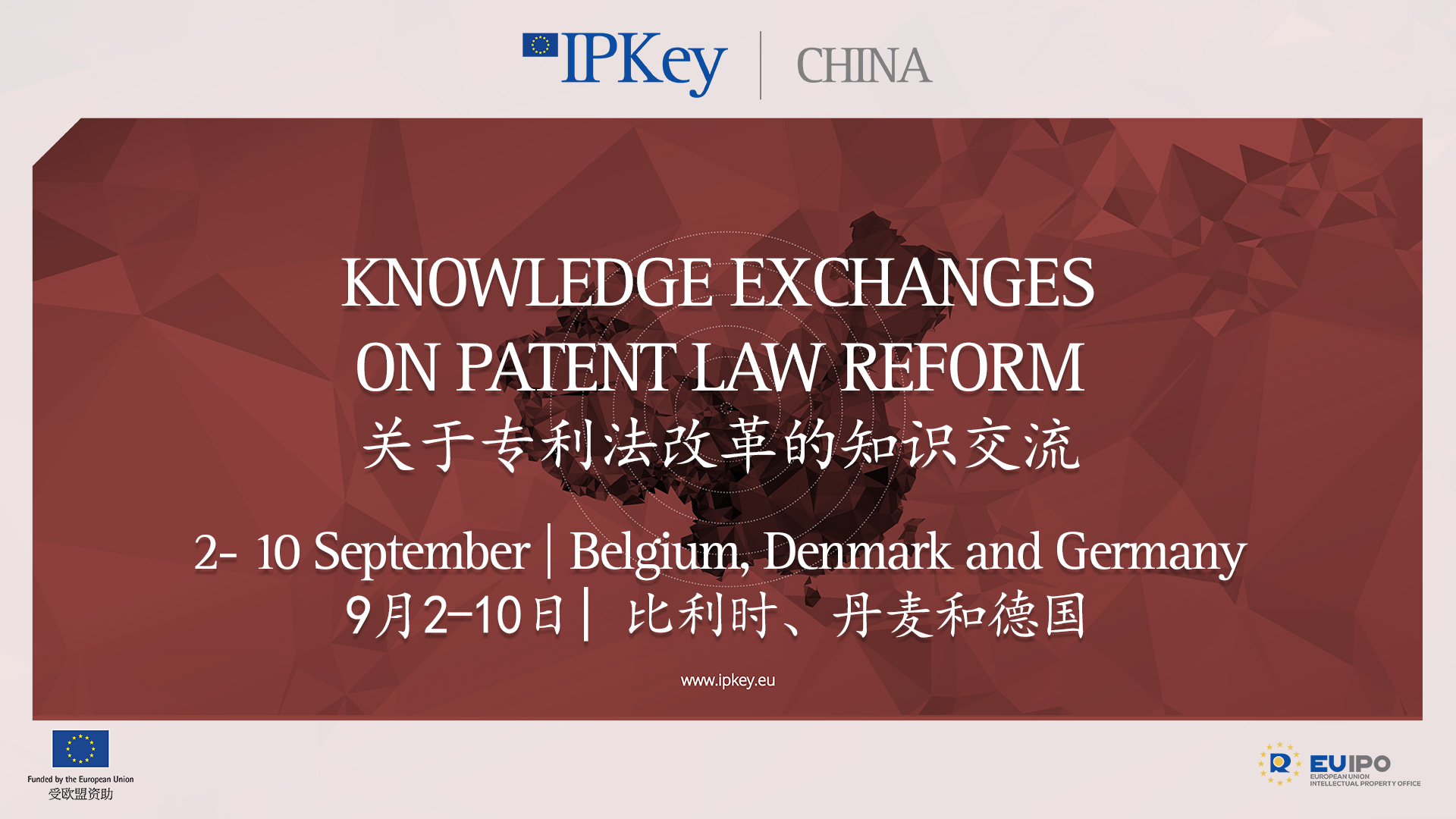 China’s Patent Law, which lays the foundation for the legal protection of inventions, was adopted in 1984, and amended three times in 1992, 2000 and 2008. In December 2018, a draft of the fourth amendment to the Patent Law was approved at the State Council level. In early January 2019, the National People’s Congress published the latest version of the draft amendment and issued a public call for comments, which the EU has subsequently responded to.

In order to further the knowledge exchange regarding the Patent Law reform, IP Key organised a study visit for delegates from the Legislative Affairs Commission of the Standing Committee of the National People’s Congress in Belgium, Denmark and Germany from 2 to 10 September, 2019. The study group visited the European Commission, IP Offices and Courts to discuss issues like enforcement and liability as laid down in the latest draft amendment of the law.